Ghana used to be on the lips of people worldwide for a much different reason. In the 1950s and 1960s, Ghana was one of the leaders of the worldwide anti-colonial movement. In 1957, it was the first sub-Saharan African country to win independence. Their first president — Kwame Nkrumah — became a leader of international stature, advocating African economic and political unity and non-alignment internationally. Those policies earned him the wrath of Washington and Nkrumah was ousted in a CIA coup in 1966.
Guests: 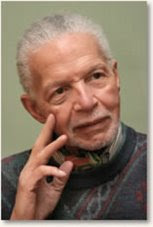